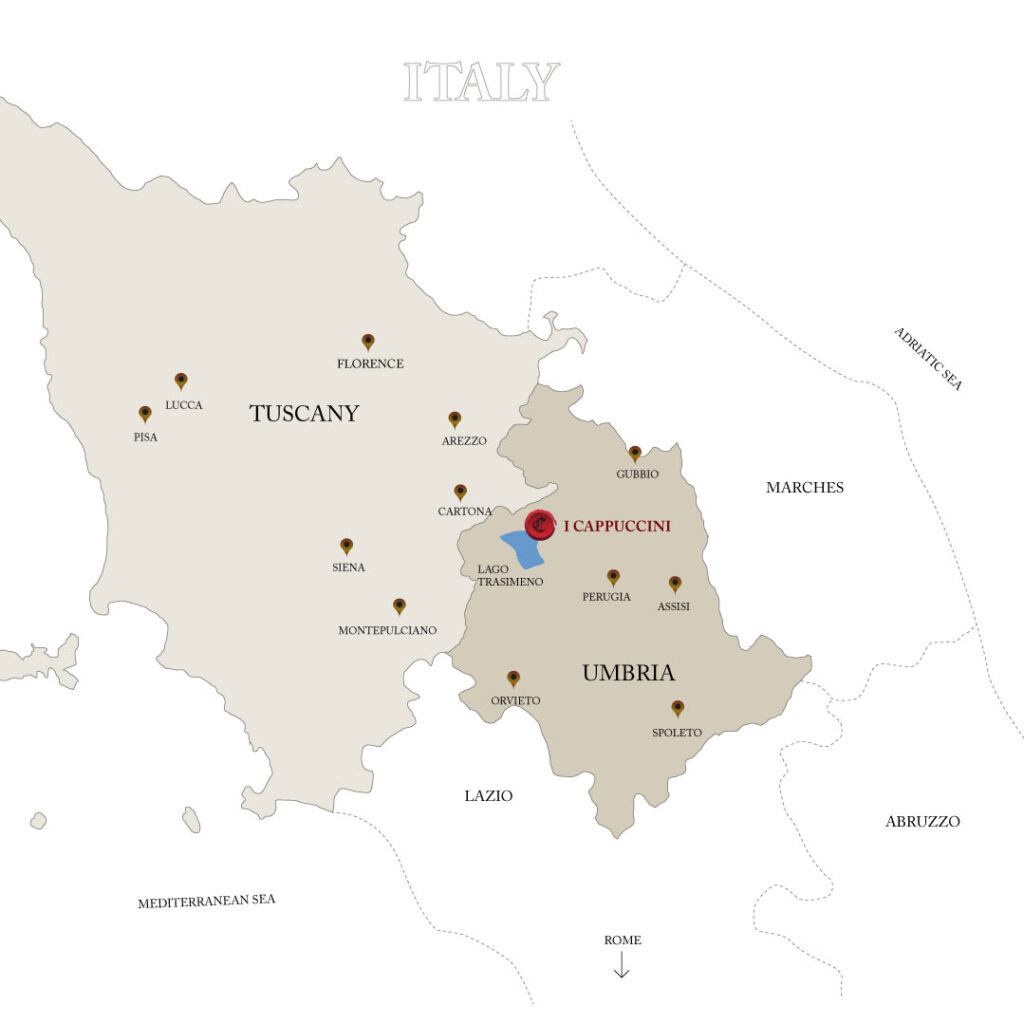 Founded by the Etruscans, Orvieto was part of the league of the 12 cities which opposed themselves to Rome until 280BC, when it was ultimately destroyed. In the fifth century, the old city was re-built, though it served as the site for many more wars – within the city walls as well as without. One of the bloodiest wars of Umbria took place in Orvieto in 1313.

The largest landmark of the town is the Duomo, which has distinctive stripes and a façade resembling a giant triptych. Of almost equal note is the Cappela di San Brizio, which has frescos by Signorelli. Orvieto also features numerous tunnels and passageways – to date, more than 1,200 have been counted – that disappear underneath the town.